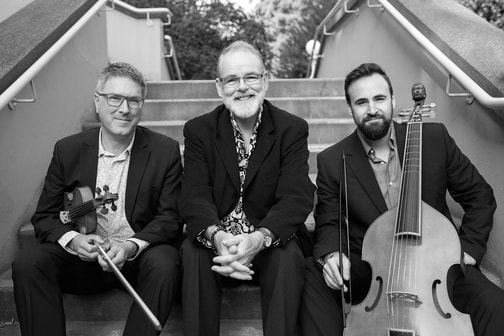 Luckkow-Jarvis-Stadlen Trio
(LSJTrio.com)
A creative, international ensemble formed of outstanding early music performers from Canada and the UK, the Luchkow-Jarvis-Stadlen Trio is dedicated to performing early repertoire for baroque violin, viol, and continuo. Their performances couple innovative, vibrant musical interpretation with a warmly relaxed and informal stage presence.
​
Having just completed their inaugural tour of British Columbia, Canada in October 2017, which culminated in a Main Stage performance for the world-renowned presenter, Vancouver Early Music Festival. Their debut CD - the world premiere recording of Tommaso Giordani's Op. 30 sonatas for fortepiano, viola da gamba, and violin (1782) will be released in the summer of 2019. This will be followed by their follow-up album, ‘Fantasticus’, in mid-2020. This CD will encompass the astonishing ebullience of stylus fantasticus composers such as Biber and the sensuous lyricism of Marais and Telemann. 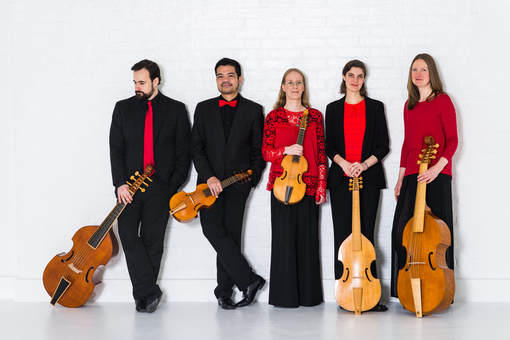 The members of Chelys trained at Trinity College of Music, London, and the Royal Academy. All are now experienced and enthusiastic players and teachers, enjoying busy and varied careers.

Chelys have a busy concert schedule which recently has taken them to the Holywell Music Room in Oxford, Fitzwilliam College Cambridge, and the Worcester Early Music Festival. They play both on their own with 4-part instrumental programmes, and also frequently with singers, both soloists and choirs. The consort’s debut CD has just been released on the BIS label, featuring the world premiere recording of Christopher Simpson's Airs for 2 trebles and 2 basses - perhaps a particularly apt first disc for an ensemble whose name features on the title page of Simpson’s own treatise 'The Division Viol' in 1665. The word 'Chelys' is derived from the ancient Greeks and referred to a bowed lyre, said to have been invented by the god Hermes.

Chelys have had new pieces written for them, including a Nunc Dimittis with vocal quartet by the award winning composer Jill Jarman.

The members of Chelys are active in the wider Early Music world, playing with leading ensembles such as the Rose Consort of Viols, the Orchestra of the Age of Enlightenment, Phantasm and Charivari Agreable. They teach on courses around the UK and abroad, including the Benslow Trust, NORVIS, the Irish Recorder and Viol Summer School and the Easter Early Music Course in Ascot. 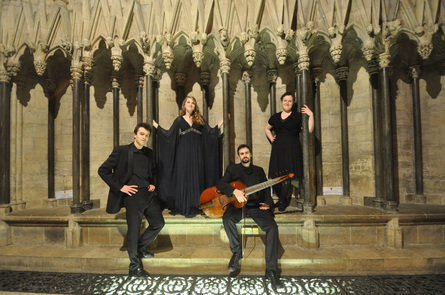 L'Académie du Roi Soleil (A.R.S.) is an early music consort dedicated to performing music of the French Baroque, among other genres.  Our name pays homage to Louis XIV, the Sun King, an important source of patronage for the arts.  This ensemble marks an exciting international collaboration; jointly based in York, UK and Charlotte, NC, we maintain an active performance schedule on both sides of the Atlantic.